Meet some of your fellow JuNo WriMos in our Featured Author series each Monday and Wednesday during June. 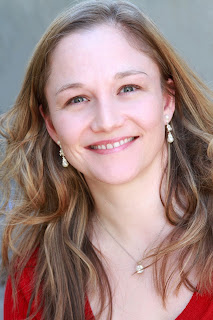 I’ve been a writer for 15 years, but I’ve never “Wri-mo”ed, either Na or Ju. (Yes, I just wanted to write that crazy sentence. But I know you guys know what I mean!) However, I tend to binge write anyway, so I think JuNoWriMo is a great fit for me. Also, it’s coming at the perfect time, I need some aggressive inspiration to get writing!

I am proud to have recently released my debut novel, The Charge, an NA alternate history about a Texas that never joined the United States. I have always intended to write it as a trilogy, and I need to get moving on book two. It’s so easy to get distracted with marketing tasks, but I need to WRITE.

So during JuNo, I’ll be writing The Charge sequel (untitled). I have a name in mind, but I’m not ready to announce it yet. 🙂 In the sequel, Warren finds himself unwittingly an important part of the Texas monarchy, and is tasked with re-building a nation at nineteen years old with no training and not much help. It seems like everyone wants to take him down, including a revolutionary group known as the Knights of Chinati, the dangerous young Lord of California, and even perhaps his own brother.

I have an idea of what I’d like to happen in the book, but do not have a single word on paper yet. I’ll be officially starting on June 1st. My goal is to at least get to the 50,000 word mark by the end of June, and hopefully finish the first draft completely by mid-July.

I need all the encouragement I can get, so I invite you to connect with me here!