You’ve decided to write a novel…now what? Whether or not you intend to do some planning this month before JuNoWriMo kicks off, I’m going to help you start to think about ways to develop characters. It doesn’t matter if you’re a novice or seasoned writer—thinking about characters in new or different ways can energize the development task and get you revved up to bring them to life come June.

For the next four weeks, I’ll guide you through four different approaches to character development. Hopefully one of them will strike a chord with you. I hope too that if you have any questions, you’ll comment on these posts.

You’re probably thinking, “What? No backstory? Did my character just hatch out of the ground fully formed?”

Well, maybe—maybe not. That’s really your call. But the main reason I’m going to encourage you to steer clear of backstories is they’re often arbitrarily created when they’re used as a starting point.

Say you have a character who is a cop. You decide, based on that career, that the character’s father was a cop, too. Maybe, because when the father was alive, he was always working and never around, your character has issues trusting people.

It’s not terrible. But I think it’s going about things the wrong way. What if, instead, you decided that your character has trouble trusting people first? What if that leads you—when thinking of the father—to his having a second, secret family? Maybe halfway through the story, one of your character’s secret half-siblings commits a crime. Your cop character is blackmailed into making the charges go away in order to keep the secret and avoid embarrassment (for self, for the character’s mother, etc…).

Can you see how the second option—developed from a flaw and not a backstory—created both the backstory and some kind of struggle for the character?

If you start with backstory, you risk developing backwards and missing opportunities for conflict.

What is a character profile, and how do you write one?

Rather, a character profile is an in-depth examination of what makes your character tick. When I wrote a profile for my protagonist, it came out at ten pages long. To be fair, one of the reasons it was ten pages was that I was doing it as a writing exercise, with the length dictated by my MFA mentor. But the freedom to take up that space allowed me to work out the less tangible qualities of my protagonist.

For those writers who want a little more guidance, don’t worry; I won’t leave you high and dry. I’m going to break down for you how I approach character profiles, in hopes that it gives you a starting place. You don’t have to hold to it exactly if you don’t want to.

Also, for the sake of not worrying over differences in document formatting, let’s presume that you’re going to write a 3,000-word character profile (that’s 10 pages at about 300 words each). This is how I suggest breaking it down:

Three thousand words in a character profile really isn’t all that much, when you break it down into parts. Take each part one at a time. You don’t have to write them in this order, either. I tend to, but I also believe in letting inspiration guide your energy output.

When June 1 arrives and you’re about to start writing, are you going to take out this 10-page document and comb through it for quick facts? Probably not. That’s why I’m going to suggest just one more step:

After you write a character’s profile, make a list of the basic elements you determined in each section.

For example, if you write 500 words about why your character fears relying on others, his own mortality, and heights, you don’t want to comb through those pages to find those fears. Make a list of them for quick reference.

Do you have to create 10,000-word profiles for every major character in your novel? It’d be really nice to do that, if you have the time. But if not, start with your protagonist. I’ve found, when pressed for time, that just having my main character fleshed out like this can be enough for me to decide how other characters should be developed on the fly.

For example, if my character has trust issues, I know I’m going to put another in my protagonist’s path who either is or seems untrustworthy.

Give it a shot—write a character profile in the next week. Then, come back to try another way to develop your character pre-JuNoWriMo! 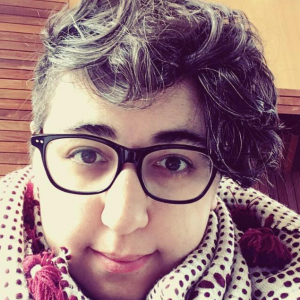