Today, I’m mostly speaking to the folks who aren’t finished yet and are trying to jam out a whole bunch of words. Yes, you can just write random stuff and bump up your wordcount that way, but wouldn’t it be nice to have words that you’ll be happy with later for more than just the quantity of them? Here’s a list of strategies find words you’re excited about.

And if you don’t hit 50k by the end of June? No big deal. There’s always next month. Sure, JuNoWriMo is in June, but dude– writers write. And you, my friend, you are a writer. 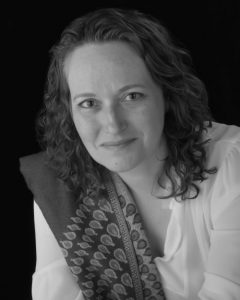 Mary Robinette Kowal is the author of historical fantasy novels: The Glamourist Histories series and Ghost Talkers. She has received the Campbell Award for Best New Writer, three Hugo awards, the RT Reviews award for Best Fantasy Novel, and has been nominated for the Hugo, Nebula and Locus awards. Her stories appear in Asimov’s, Clarkesworld, and several Year’s Best anthologies. Mary, a professional puppeteer, also performs as a voice actor (SAG/AFTRA), recording fiction for authors including Seanan McGuire, Cory Doctorow, and John Scalzi. She lives in Chicago with her husband Rob and over a dozen manual typewriters. Visit maryrobinettekowal.com.